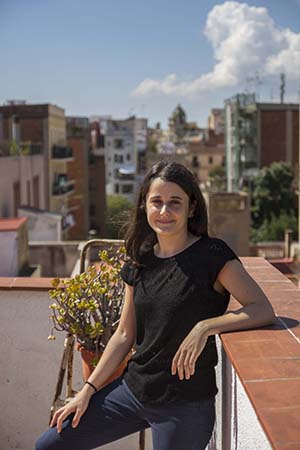 After spending six years abroad in Berlin, Germany, Anna currently resides in Barcelona, Spain where she was born. She attained experience as a Quantity-Building Surveyor and Architectural Photographer and now she combines these professions in Berlin, Barcelona, and other locations.

A graduate of Elisava Barcelona School of Design 2011 and Institut d’Estudis Fotografics de Catalunya 2017, she has continued to evolve professionally over the years. An architect by trade, she continued her studies in architectural heritage and environmental rehabilitation, earning a certificate from the Col legid’Arquitectes Tecnics i Enginyers de l’Edificacio de Barcelona in 2012 and a Master’s degree in Project Management in Construction and Urban Planning from the same institution in 2020. Anna also completed the advanced photo re-touching course led by Nicolas Beltramino at the Institut d’Estudis Fotografics de Catalunya in 2020.

As a photographer, she attended Bjorn Albert’s workshop on Classical Architecture Photography with a Large Format Camera at Photowerk Berlin 2014. In 2019, Anna assisted with the 7th International Workshop on Audiovisual and Photography which was directed by Hisao Suzuki and guided by Julia del Balle from Laboratory Barberi of RCR Architects in Olot. She keenly documents the day to day environment and new visiting spaces through pictures to immortalize their moment in photographs, leaving them as evidence of memories. She loves to observe how light defines a space and how it changes in contrast through the various stages of daylight seen throughout the seasons of the year.